Showing posts from October, 2016
Show all

Three Antares 44is in Vanuatu! 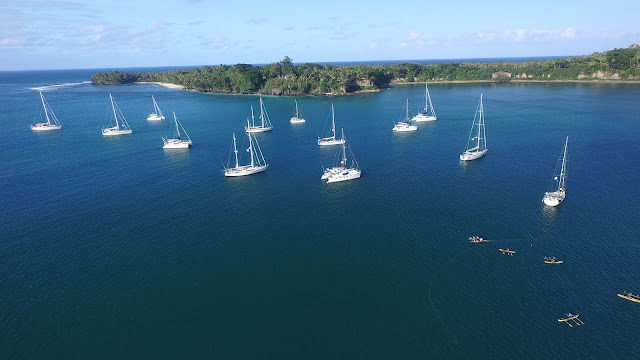 And Then There Were Three…Antares, that is, in Tanna. World ARC Boats...and Field Trip... Usually, we do whatever we can to avoid sharing an anchorage with a crowd of boats, but this time we didn’t want to miss it. The World Arc Rally would be swarming into Port Resolution, and we wanted to make it there to see two of Field Trip’s siblings - SV Krystal and SV Two Fish. The two boats had crossed the Pacific this season, hopping from one island to the next on a sprint of scheduled stops. Vanuatu would be one of their final stops on the track to Australia. It made me tired just hearing about how many miles they’d traveled in such a short time.  In total, there are 5 Antares 44i boats (Field Trip, Rehua, Whistler, Krystal, Two Fish) in the South Pacific this season.  That is a record! Last time we’d seen Jason and Gail (Two Fish) was three years ago when we sailed through New York. They’d hosted a dinner for us in their Manhattan apartment and were excited at the time to be prep
Post a Comment
Read more
More posts