Showing posts from January, 2017
Show all

Sailing to the Solomons 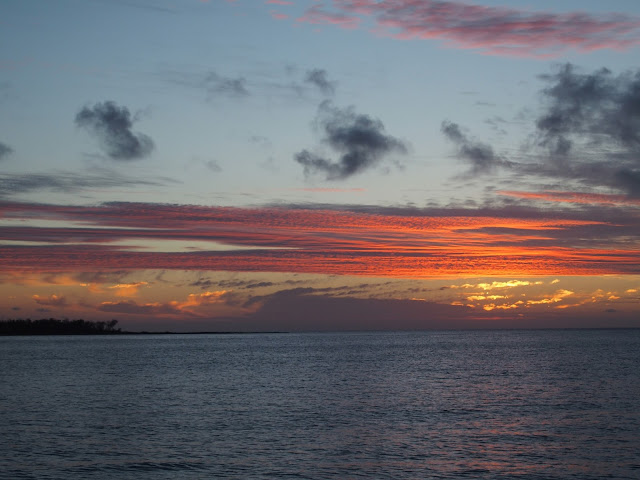 On paper, this was to be a beautiful sail - winds abeam or just behind the entire way, winds between 12 and 18 knots, and swell of about a meter from behind. BUT… gribs aren’t always accurate and passage planning is never a sure thing. If I’ve learned anything over the past 25,000 miles of sailing, it is this - never set your heart on what weather forecasts or route planners predict. Plan for the worst, and be pleasantly surprised at anything better. Mark had high hopes to not run a motor the entire 28-hour trip, but within the first few hours, we were bobbing along with flapping sails at less than 2 knots. Where was that 12-18 knots? Motors ran for 8 hours total on and off and the sails went up and down during a squally night. By 9 a.m. on the first day out, Mark realized that our fishing lines had been tangling for the past 2 hours. They were a twisted, knotted mess! We figured out a detangling strategy and took turns unspinning and re-winding the line on two had reels. It was
Post a Comment
Read more 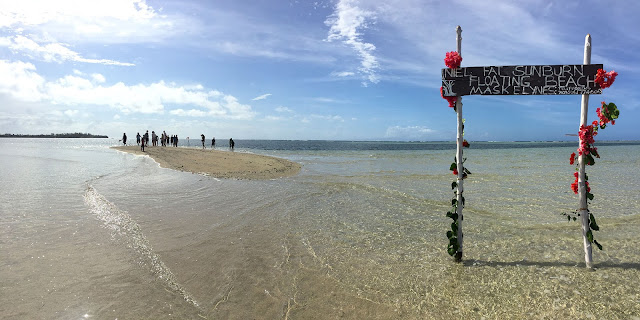 From Havana, we sailed straight up to the Maskelynes, trying to pass Kerry and Damian on Sel Citron early in the morning to get a head start.  Diana and Graham were already in Lutes and we decided to join the pack once again to explore the clam sanctuary and participate in the Vanuatu Independence Day celebrations. The entrance to the anchorage was a bit of a nail-biter with one section narrow and quite shallow (3 m) edged by reef.  We used the satellite images to plot a course and also cross-referenced the course with the waypoints given in the guidebooks.  Still, I stood up on the bow, keeping a lookout for hazards below and cringing as the crystal clear water made things look so close to the surface!  Mark carefully monitored the depth sounder over the shallow bit, and we were fine.  The opposite challenge awaited us in the deep, dark waters of the anchorage.  And we took care to put out 5 to 1 scope in the 20+ meters, leaving plenty of swing room between us and the other boa
Post a Comment
Read more
More posts